So, trying to work my way into summer, and scrolling through my phone for some updates to post for “Lights, Sirens and Cigars”, I found this frozen little goodie.

Back in early February, my Military Police detachment did a batch of annual requalifications (though we try to have range days at least every six months, and many of us wish for and recommend much more than that, especially for some of those that don’t shoot on their own).  But, a range day in February?  Sure, great idea – it’s the dead-middle of winter, everything’s frozen solid, the wind is bitter cold…let’s go to the range and shoot shit!  LOL.  The range guys did give us props though – we were the only boneheads crazy enough to do a range day basically since New Year’s, due to how bitterly cold, frozen and windy January and February had been.  That day in particular was somewhere in the nature of -20 or -25 Celsius or so, and a 25-30 kph wind cutting across the landscape.  While it sucked, all in all though, it was a good test of men (and lady) and gear.

Anywho, I have a few pics and vids I can share here.  The colourful balloons are so that members can see the targets (white and cream coloured, in the main) against a snowy background.  Plus, it makes it fun when things go pop (even though it’s only a visual cue, as you can’t hear it over the gunfire).

If I recall correctly, this was all done with C8 carbines (firing 30-round mags of 5.56 mm NATO rounds, with no tracer rounds; these are basically the same as a U.S. M4, the carbine version of an M-16 / AR-15), C6 light machine guns (basically the same as a U.S. M249 S.A.W., firing 220-round belts of 5.56 mm NATO rounds, with a tracer round once every five bullets) and with one C9 medium machine gun (the same also as a U.S. M240B, firing 7.62 mm NATO in 220-round belts as well, and same with one tracer every five bullets).  After we finished our C8 carbine shoot at 50 and 100 meters or so, I believe we had 6 or 7 shooting positions for the light and heavy machine guns, back at 200 meters I think, with all positions being C6 and only one C9 (yes, you can hear the difference in the audio).

Of special note, take a listen to the last few seconds in that first video.  As I was in the backstop / butts area (kind of a cement reinforced trench below the shooting lanes), I was getting some camera shots of the balloon carnage (kinda funny how the wind and bad visibility played havoc with us all in only that distancing).  However, in those last few seconds of that first vid, with the big dirt berm / hill “backstop” being frozen relatively solid, it was getting filled up with more and more lead…and then the ricochets REALLY started.  A deflection came back and landed right near my feet.  With a slight delay, because I was really kind of “what the fuck was that?!?!?!”, off goes the camera as my sphincter clenched even more in the cold, and I ran my ass laterally away as quick as I could down to the other end of the butts.  I was then able to see the tracer fire of how crazy the ricochets were getting.  In the second video, if you expand the video size, I believe you’ll be able to see them too, and you can definitely hear when some more come back off the backstop.  And you can really hear the C6 / C9 – 5.56mm / 7.62mm difference in the bap-bap-bap-bap sounds of the guns in the distance. 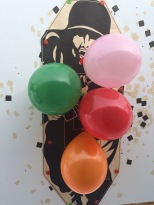 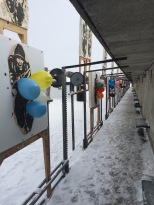 June 29th – happy birthday, Dad.  Miss you a lot.  The kids miss you too, and we all hope you’re keeping an eye on Grandpa that he isn’t getting into too much trouble (we know how THAT runs in the family!)

Miss you, love you, see you soon enough. 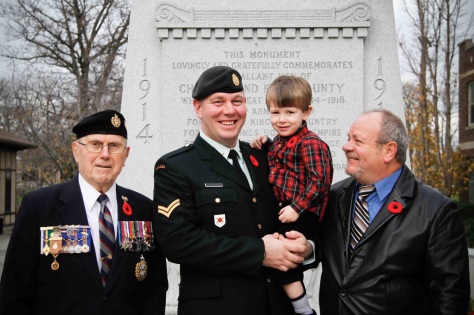 Sorry to have been away.  I’ve missed you all.  The traffic and feedback I’ve got recently has been amazing, especially considering this is still such a relatively young and unknown blog, only being less than a year old.

I’ve also got some messages from a few of you, and can see in my metrics, when those of you out there share certain blog posts or main pages via Twitter, Facebook, Instagram, various cigar forums, etc., etc.  THANK YOU very much for that.  I don’t cross-promote / post via any of those other avenues – my only online footprint really is this blog, and on the FOH forum, so the added exposure definitely helps to get the word out.

But anyways, and not surprisingly with the way things are right now, some family and work obligations in the past two months have necessitated me to put “Lights, Sirens and Cigars” on the back burner a bit lately.  However, this is something I hope to turn around in short order.  My scheduling has allowed me to have LOADS of time to relax and indulge in these little passions over this upcoming summer, with a number of weeks off starting this week coming up.

So, there’ll be lots more to come soon enough.  I’ve got a WHACK ton of cigar reviews to get updated, I know – some have really been bugging me (and rightly so) to get those posted up here, from a few great little get-together experiences.  Some interesting things work related as well.  A GREAT series of pictures and smoked cigars from an incredibly WICKED trip that my wife and I took in mid-April to Rose Hall / Montego Bay, Jamaica.  And even maybe a time-lapse walk-through of the recent backyard upgrades that I’ve been working so hard on last year and this spring, to better give me my backyard cigar escape, and my family a serene relaxation spot. 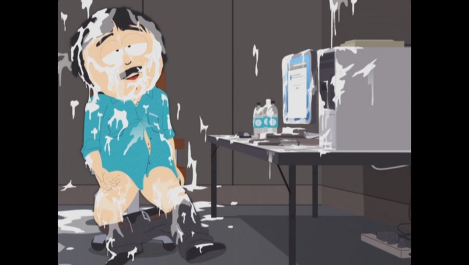